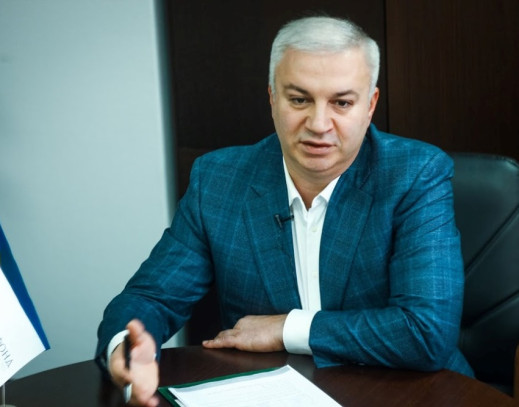 PJSC "Agrarian Fund" contracted 666 thousand tons of cereals for 2.9 billion hryvnias in 2017. The Chairman of the Board of the Company, Andrii Radchenko, told about this in an interview with "Latifundist".

“This year, the Agrarian Fund has contracted 666 thousand tons of grain harvest in 2017. In addition, we have announced a new product - corn. With regard to early cereals and food grains, the program was completely closed: 479 thousand tons of food grain. There is corn left”, Andrii Radchenko said.

“We will summarize the final results of the year in the first days of January. One thing I can say for sure is that the annual plan for financial results was fulfilled for almost 102%. Dividends will be paid to the state in full, as planned”, the Head of the Company added.

According to Andrii Radchenko, most of the contracts were concluded with small and medium-sized agricultural businesses. “We signed 195 contracts this year. And it is worth noting that we are constantly striving to reduce the share of large clients, so the share of corporate clients we have is only 4%. All other 96% are small and medium-sized businesses, where 50 hectares of land are cultivated”, Andrii Radchenko said.

The Chairman of the Board also added that the share of "small" contracts increased by 20% in the "portfolio" of "Agrarian Fund": "We can say that we keep up with public policy: "Agrarian Fund" has become an intermediary for the average agricultural business in obtaining timely reliable financial support from the state".

It should be reminded that PJSC “Agrarian Fund” contracted 497 thousand tons of grain harvest in 2016 for 1.8 billion hryvnias a year earlier.

And in October of this year, the Company began the forward purchase of crop of 2018.