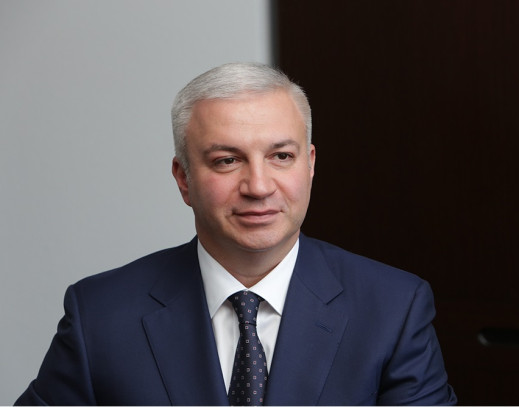 State owned company Agrarian fund finishes 2016 with a profit, over fulfilled indicators and massive business plan as for development. The Chairman of the Board Mr. Andriy Radchenko told in the interview to "Dengi.ua" about how the state company got profit in a very competitive business and why it initiated the creation of a stock market.

In Ukraine there is again a record harvest, we curious if it was possible to earn?

We earned money and as usual with over fulfilled plan. Agrarian fund's income of 2016 is 2,14 billion UAH, the predicted profit - 48,5 million UAH. Our financial plan is accomplished on 101%. For sure these figures are not so dramatic as previous year (during 2015 the profit of Agrarian fund was 154,6 million UAH, the overfulfilment of the plan was on 243%), but at that time the figures were achieved basically due to low base effect and crisis from which we had to help out the Agrarian fund. The results of 2016 prove that company's activity had been stabilized and predicted.

Have you already carried out your forward program?

During 2016 we allocated funds for agricultural producers in the amount of 1,5 billion UAH. We have concluded 190 contracts on purchasing of 500 thousand tons of wheat, rye and buckwheat.

In terms of counter parties we focused more on small- scale producers. Supply ratio of agricultural holdings / farmers remained the same - 70/30, but the number of small-scale suppliers has increased - 323 farmers against 20 in 2015. On the one hand, it increased the burden on our team in terms of processing contracts, on the other it's consistent with the mission of the Agrarian fund to support the industry.

Do you have export program?

We still export just a small amount, it's about 10% from the total volume of our production. However, if we sell grain only in terms of balance correction during season, we develop export of wheat flour regularly. This year we have concluded a big supply contract with Angola on 10,000 tons of wheat flour and already started to carry out our obligations. That is a test lot and in case it runs successfully, we are going to expend it not only in terms of volume but also in range of products.

Why do you choose agri stock market for launching your programs?

I sincerely want to give a boost for the development of a single state agricultural stock market. But this motive was not and could not be the main one. I am pragmatist and believe that work on the agrarian stock is easier for us because we have got a history of trades, futures and spot contracts on flour, grain and so on. It is also important that the agrarian stock is a matter Ministry of Agrarian Policy and Food of Ukraine management rather than private capital, including Russian.